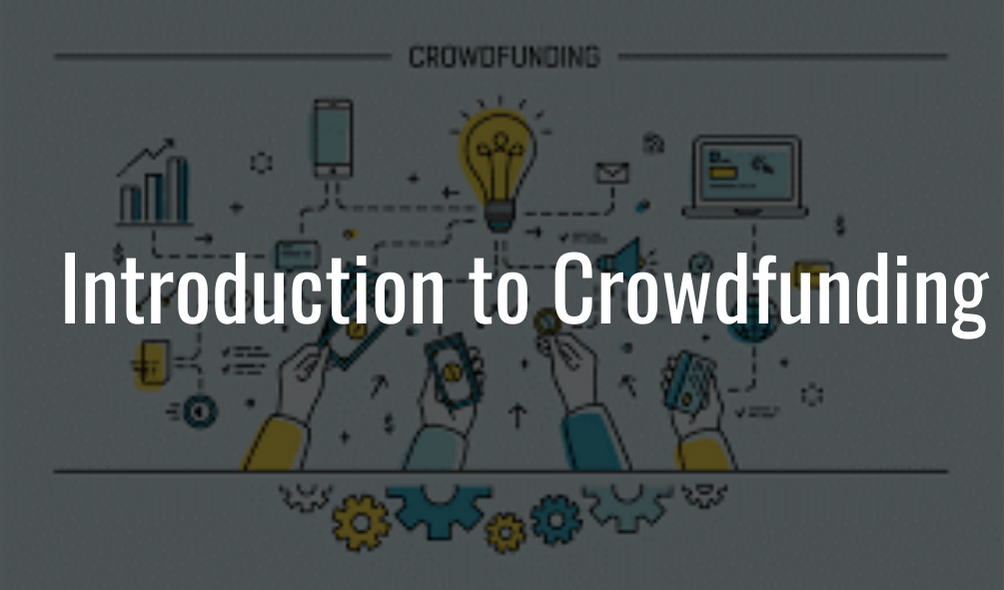 As simple as it sounds, crowdfunding basically means collecting funds from the crowd i.e. the people or organizations. The collection of funds from a large number of people to finance a new business initiative is known as crowdfunding. Crowdfunding connects investors and entrepreneurs via social media and crowdfunding platforms, with the potential to boost entrepreneurship by diversifying the pool of investors outside the conventional circle of owners. It can simply be explained as the means to raise funds for a project or a venture. Today, crowdfunding can also be defined as a method of collecting funds for a venture, project, or cause using the internet, without standard financial intermediaries. Crowdfunding is built on trust. To build donor trust, humanitarian actors must be aware of potential hazards at the person, community, and system levels.

The project initiator submits the idea and/or project to be funded; individuals (or groups) who financially support the proposal; and a moderating organization (typically the "platform" owner) that brings the parties together. People can donate directly to another individual or project through crowdfunding. This removes intermediary organization funding and moves one step closer to direct assistance. This effort brings funding closer to the affected people, but it also raises challenges in ensuring effective distribution of funds, as well as ensuring trust in the distribution system. Additional challenges include private-contribution spikes in response to natural disasters as compared with protected or conflict-driven crises, as well as the non-reliability and fundraising cost associated with private contributions.

Despite their common purpose, crowdfunding platforms are highly diverse. This diversity is reflected in four models and a number of funding frameworks. A crowdfunding model is concerned with how people interact with and contribute to projects. With the popularity that crowdfunding garnered, it can be classified into several types:

At times, the digital or social crowdfunding platforms have been a home to scams and fake donation claims as it is very easy to create a fake profile and raise funds. The scammers are hard to detect with the fake credentials that they provided and the money that was donated for the good was never tracked and never even reached the desired beneficiaries.

Don & Alex Tapscott, authors of Blockchain Revolution (2016) define blockchain as, “ The blockchain is an incorruptible digital ledger of economic transactions that can be programmed to record not just financial transactions but virtually everything of value.”

Blockchain technology has been gathering momentum without a lot of fanfare and we can’t deny that it is on a way to revolutionizing crowdfunding or fundraising with creation of ample opportunities.

Blockchain is secure, decentralized and transparent and is highly secure which makes the fundraising process safe, secure and transparent. Blockchain based smart contracts not just equip the user/donors with a simple user interface that allows the fund-raisers and the donors to interact easily but also allows you to create your own terms and conditions upon which the funds will be released. The donors can also choose the project that they agree with and simply use their credit/debit card or the bitcoins and cryptocurrencies they own to donate fund.

Mitch Rankin, in his article, How to Make the Most of Crowdfunding on the Blockchain says “Blockchain technology offers a clear advantage for the crowdfunding industry, bringing transparency and security to the space and protecting both creators and donors in these interactions.”  Explaining the solution to such bogus fundraising projects, Rankin explains how the issue can be solved through blockchain technology. The article reads, “Blockchain-powered fundraising projects offer a solution for creators who need to commit substantial amounts of resources, time and money into developing ideas, products or services. Fundraisers allow organizations to test new products to measure market acceptance and viability before committing funds to further development. This market knowledge makes creators more willing to take on the financial risk to produce material that could benefit themselves or others. Without these assurances, creators may never get some of these products off the ground.

The article Role of Blockchain Technology in Crowdfunding (International Banking and Finance) authored by Atluri Divija Choudary stresses the importance of how the emergence of new technologies has great potential in crowdfunding organizations as well as individuals and also the important role of blockchain technology in increasing the credibility of crowdfunding platforms to attract huge funds from investors and donors.

It is quite evident that crowdfunding has huge potential in present times as well as in the future. Even though it comes with its own drawbacks and challenges, this form of funding is helping new start-ups and innovators, entrepreneurs, and other creators. In the future, when blockchain will be the backbone of major investor contributions, it will make crowdfunding easier, transparent, and accessible. It is only a matter of time.